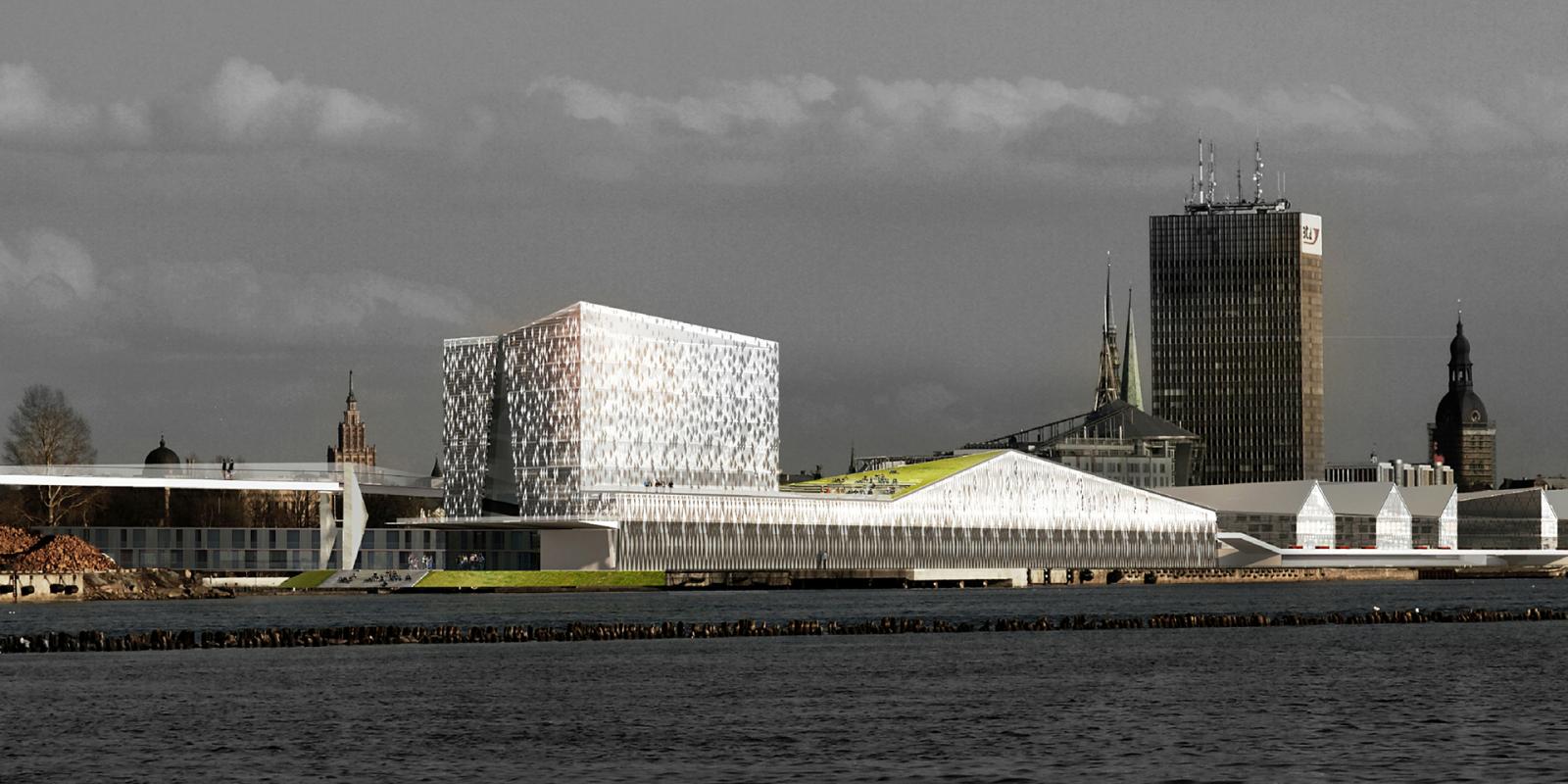 Riga Passenger Port is already an intensive and important transport and mobility hub for the city, but it is expected that the significance of this place in Riga's architectural and economic development will only increase. With this in mind, an international competition for architects for the development of the territory's complex development was announced in 2012.

The competition was organised by the Latvian Association of Architects and the Port Manager “Rīgas Pasažieru termināls”. The task of its participants was to offer a vision on how to develop the passenger port in the territory located on the peninsula between the right bank of the Daugava and Andrejosta.

The task was challenging, taking into account the areas included in the development plan, located in the immediate vicinity of the Old Town and in the protection zone of the historic center of Riga, which is included in the UNESCO World Heritage List.

More than 40 applicants from different European countries submitted applications for participation in the competition, while 7 architectural offices were nominated. The work was evaluated by an international jury composed of Terminal’s representatives and renown industry professionals. The winner was the project "RP 888" of the Latvian architectural firm "NRJA" led by architect Uldis Lukševics.

An important advantage of the project "RP 888" is the involvement of its objects in the urban space, innovative technical solutions, as well as the possibility of gradual development and improvement of the project, which will allow to maintain its topicality over a longer period of time.

As the most prominent element of the project developed by the architects office “NRJA”, a modern vertical accent is planned - a nine-storey hotel at the end of the peninsula. The construction of the hotel is intended as the first stage of the port development project. The hotel is intended with a glazed façade with LED diodes surrounding it, and a roof terrace bar offering a fantastic view of the city.

Restaurants, conference rooms of various sizes, a spa center and a convenient connection to the passenger terminal are planned. The new hotel can also be reached from the marina. Undeniably, guests will also enjoy the magnificent view that opens onto the hotel windows - the Daugava, the Old Town, and the historic buildings on the opposite bank of the river. A special advantage is the 10-minute walk to the Old Town and the city center can also be reached by boat.

The second stage involves the construction of a new and modern passenger terminal. It will also be design-oriented and primarily for passenger convenience.

Providing a comfortable and spacious environment for the port guests, the sequential development of the area will be the construction of commercial areas. In the future, it will be followed by the development of a new marina, as well as a complex of offices and apartments, including the building on the right bank of the river. The final stage of the project "RP 888" will be the construction of the bride-promenade. On this promenade, everyone will have the opportunity to walk from the harbour to both Old Town and Andrejsala.

In order to implement the Riga Passenger Port development project in accordance with the offer of the architectural office “NRJA”, one of the main prerequisites is the relocation of the adjacent Eksporta Street route, turning it away from the embankment. It would also prevent the transport of encumbered car from the port area to the city.

The reconstruction project of Eksporta Street, developed by Riga City Council and conforming to the spatial development plan, has been ready for several years, but its implementation is delayed.

When planning the development of the Riga Passenger Port, international legislation and the obligations established therein are taken into account. According to the decision of the International Maritime Organisation (IMO), in 2016 important amendments to the MARPOL Convention were adopted. One of them - from 1 June 2021, will limit the discharge of untreated wastewater from passenger ships, and these restrictions will also apply to the Baltic Sea. This means that the Riga Passenger Port will have to provide such wastewater treatment infrastructure. The Port is already working on this, so at the moment of entry into force of the Convention, the port of Riga would operate in full compliance with the requirements.

Similarly, the GreenCruisePort project is being co-financed by the European Structural and Investment Funds' European Territorial Cooperation Interreg Baltic Sea Regional Cooperation Program 2014-2020. Within this framework, port authorities from the Baltic Sea and North Sea regions work together with other key players in the cruise industry to make the Baltic Sea Region more innovative, sustainable and better connected by promoting cruise tourism. The project contributes to attracting investment and developing environmentally friendly cruise port infrastructure and building development procedures in the Baltic Sea region, as well as intelligent transport connections with public transport and delivery systems. Twenty partners are involved in the project, including port authorities, cruise operators, marine research institutes and public authorities. Latvia is represented in the project by the Freeport of Riga Authority.