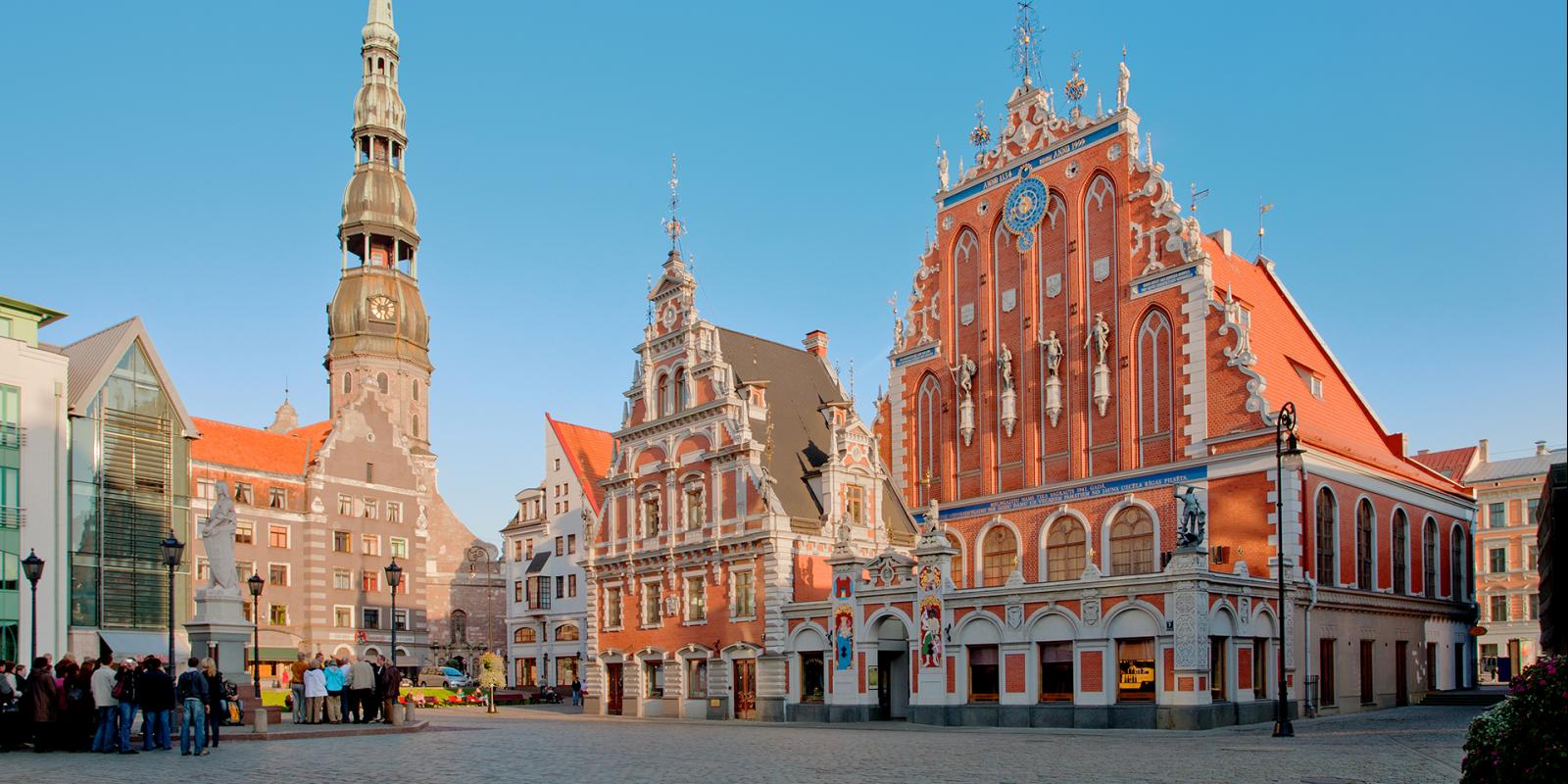 In the days long past, a river called Rīdziņa or Rīdzene ran into the center of Riga until Daugava. When the people wanted to cross it, they had to go to the giant Kristaps, who was living in a cave near Charles's gate. Since there were no bridges or rafts to move at that time, Kristaps carried the people across the river on his shoulders.

Once on a dark night loud shouts woke the giant. He lit his lamp and saw a child standing on the other side of the river. A child was crying, praying to be taken across the river. Kristaps jumped over the river, raised the child on his shoulder, carried it to his cave and made it a place for the night. Next morning the child had disappeared, but there was pure gold in the place where had been lying.

Kristaps kept the gold in a big barrel in his cave. But when he died, the people built the city of Riga from that money. In memory of the giant a statue was raised of him with a child on his shoulders and placed near the location of his cave.